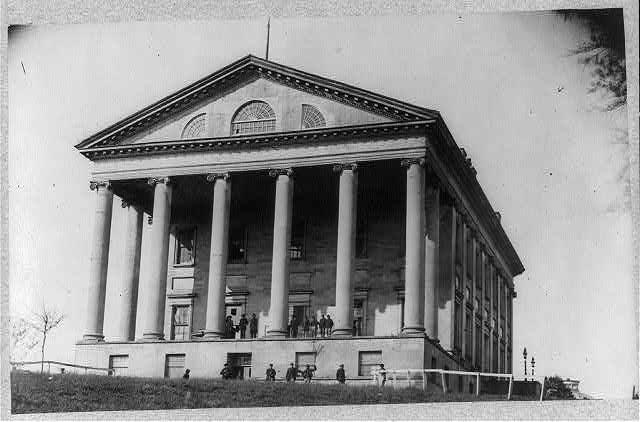 The is part 2 of a conversation with Mark Greenough, The Tour Supervisor and Historian at The Virginia State Capitol. Â He discusses how the State and Confederate Governments were able to workÂ together in one building, what the Capitol was like during the Civil War, how the war effected the building,Â and how it was saved from the conflagration that ended Richmond’s role in the war. Part one is about the lead up to the war and how Richmond became the capitol of the Confederacy.

Mark Greenough was also the guest onÂ episode 5 where he talks about Richmond becoming the capital of Virginia and the building of the Virginia State Capitol.